The Common Reading Program affords students the opportunity of participating in a common curricular experience that creates community and a common ground for discussion.

The program is tailored specifically for incoming first-year students. Students are expected to have read the book before the first day of class and will join together with faculty and peers to discuss and think critically about key concepts. The Common Reading Program will encourage students to partake in intellectual engagement and will create a sense of community among newly admitted Panthers.

As a FIU freshman, they will read the selected common reading book before the first day of class. Faculty and staff also read the book and engage students and others in discussions that challenge all to think critically about the text.

Common reading programs are increasingly popular features of first-year programs at colleges and universities across the nation. After our pilot program in 2008, both students and instructors in our first-year seminars reported a high level of communal and academic engagement as a result of integrating the common reading into the curriculum.

You will be receiving your copy of App Kid: How A Child of Immigrants Grabbed a Piece of the American Dream at your First-Year Orientation!

Fully-online, first-year students will receive an e-book code via their FIU email.

Questions can be sent to commonread@fiu.edu 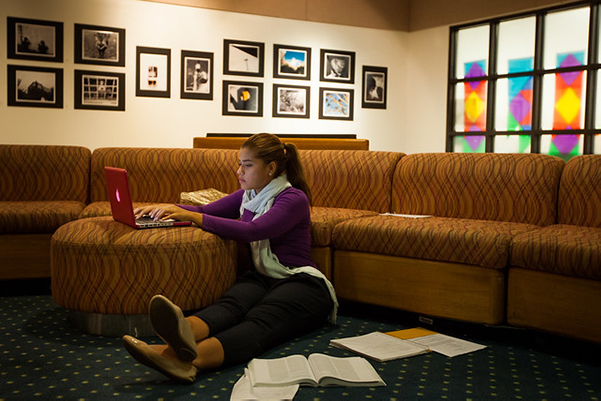 When Michael Sayman was thirteen, he made a Club Penguin Resource Guide app after teaching himself how to code. He didn't think much when he decided to upload it to the Apple App Store, but once he did, his life changed.

He earned about $10,000 a month with his app and used that money to help his family through the 2008 financial crisis. His work eventually caught Mark Zuckerburg’s attention and Michael became Facebook’s youngest intern. After working at Facebook and helping develop Instagram Stories and the now defunct LifeStage App, he moved on to other tech companies like Google and Roblox. He now works at Twitter to focus on features geared toward younger audiences.

Learn More About Past Books